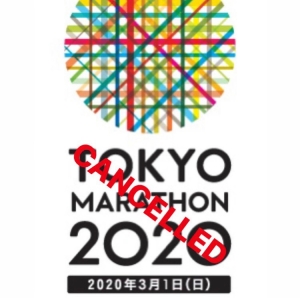 It’s been one week now since the announcement that the Tokyo Marathon 2020 would be cancelled for general runners, but the elite runners 200-300 of them could still take part due to the growing concern of the Coronavirus in Japan. This was the news that I was truly hoping would not happen but to make it even worse it was actually leaked and not released official by the Tokyo Marathon first, then it would take a further four days before they would even bother to send emails to runners. It has been announced that we will get the chance to defer to 2021.

Since finding out about getting a place in September 2019 before I had even ran in Chicago I have been truly excited about the whole trip to Tokyo and Japan in general spending the past five months of my life not only training but planning and preparing for the trip. What else to do before and after the marathon and working out the places for food to help with the carb load and then the enjoyment after. Mount Fuji was on the list and considering I am now writing this with not even taking the trip it just well doesn’t quite feel real. Tokyo has consumed me and it has been the only thing to look forward to since well getting back home from Chicago. To then have that taken away when so close felt brutal and harsh. Although it could have been worse, they could have called the race off the day before and everyone was already there.

We decided not to then take the risk of the trip if they aren’t happy about having that many people together for the marathon then surely going is a big risk. Got to think about the bigger picture of actually being able to go back to work when coming home, getting placed into quarantine or having to self quarantine for 14 days or more would not be very good at all.

It’s hard to describe how much this news hit really and my answer was to just cry it out, nothing new really for me though as I am a big crier! The thing is though to everyone else it probably just seemed totally pathetic but it wasn’t just for the marathon it was a once in a lifetime holiday as well. Considering no travel bans have been put in place by either governments and airlines haven’t cancelled flights it is very difficult to comprehend how high the risk of the virus actually is? Something that no-one can really answer as they still just don’t seem to know enough about it all.

Last Monday night I hated pretty much everything and didn’t want to run again or even think about running. I was going to give up on chasing the stars and just stop it all, obviously that was not rational thinking and each day has got a little easier. I then signed up to a local race with North East Marathon Club which took place yesterday on the lovely South Shields seafront which started in the rain and brutal wind, seriously though it would be lovely in the summer and I do plan on doing that route again. It was a lapped course and my aim was to do the full marathon after all I have put in a lot of training. That plan did not happen and I did two laps which was a half marathon, with how tough not only the course was with elevation gain but the weather I was more than happy with that! Plus the medal is very unique, see above with my now vintage t-shirt for the marathon that never was.

Having to wait until April to get the next email from Tokyo Marathon to then be able to defer my entry to 2021, which of course I was always going to do but to have to wait another year is breaking my heart. They have also said they are going to post out t-shirts, along with your bib, heat blanket and programme. I mean someday they could be a collectors item and in about ten years I might even find it amusing. Oh also if 2020 runners complete it in 2021 we get two medals at the finish line!

I felt I had to wait a while before attempting to put together this post as last week it wouldn’t have made much sense at all to be brutally honest. A very tough week but have to keep going and work hard towards my dream. Next marathon is Berlin in September but I will have plenty of races and training to do in between! 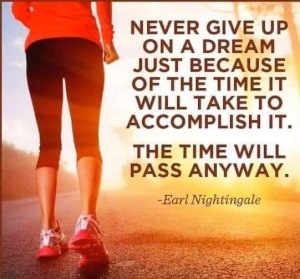