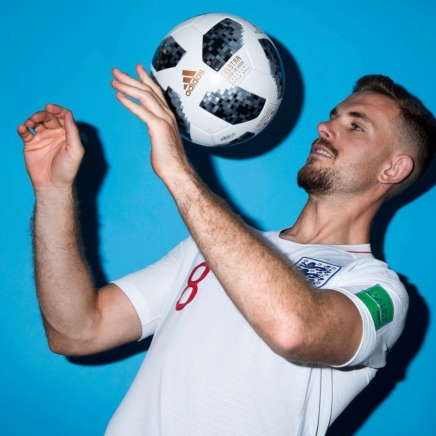 The first semi final of a World Cup England have taken part in since 1990, that’s 28 years since even reaching this stage, that also meant I could now remember watching England play in it! We were all dreaming of reaching the final, but we had to try to stay calm and remember this is a very young squad who are still learning and developing. An incredible achievement to reach this stage for a team that were not even expected to do anything remarkable during the World Cup. An issue probably became the big bandwagon that everyone seemed to jump on and then expect too much from them.

We had a truly incredible start with the free kick in the first 5 minutes which was truly fantastic from Kieran Trippier eventually showing just why he was taking a lot of the set pieces! I actually felt worse after we scored in all honesty it made me even more nervous. We played well for the first 30 minutes and Raheem Sterling was terrifying the defence as he ran at them with pace and they had no idea how to deal with him. Unfortunately though  England lacked the much-needed composure in and around the box. Harry Kane didn’t seem to have turned up for the game and was very poor from start to finish, having a pretty clear-cut chance to score as well which was wasted.

Pickford has been the brightest star for England during this campaign and it seems as though we eventually have a quality goalkeeper, something we have lacked for many years now. During the game though his defenders were certainly testing his kicking and putting him in some awful situations with the number of back-passes with the Croatian forwards pressing very high. He managed to deal with them, but this was not showing off his incredible distribution.

Croatia were always going to cause the defence problems with Modric in the centre of the park pulling the strings and he never ever panics on the ball. That type of relaxed player is the perfect role model for these young lions and I think they should take into consideration what he does on the ball, would be great to see Dele that relaxed at times. Before Croatia scored the equalizer they were beginning to look dangerous and creating more chances and getting the ball into the box. They actually had a chance they should have scored from right after the goal. But England managed to hold on and make it to extra time.

In extra time they looked tired and Croatia took advantage of that as they continued to plug away and work hard on and off the ball. They just seemed to have a little bit more desire than England. I don’t remember any chances we created in extra time? It was a tough test but a very good learning curve and the best thing is these players will get better and better over the next two and four years heading to the Euros and next World Cup. I cannot wait to see the progressions they make over the next couple of seasons.

Good luck to Croatia in the World Cup final against France. The very first time they have made to the final, the best they have finished was 3rd in 1998.

Error: Twitter did not respond. Please wait a few minutes and refresh this page.