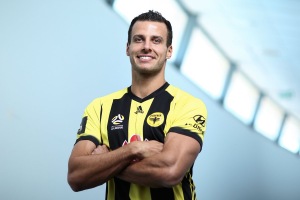 Former Newcastle United defender Steven Taylor has signed for New Zealand side Wellington Phoenix. Making over 200 appearances for Newcastle, since leaving in 2016 Steven had a brief stint at American side Portland Timbers and has played for Ipswich Town and Peterborough United before making his new move at the age of 32. Capped at England youth level and up to U21s, I always enjoyed seeing his progress after breaking through as a teenager.

Wellington Phoenix despite being in New Zealand play in the A-League in Australia! Good luck to Steven in his latest move!