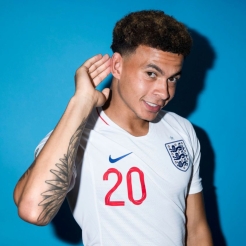 This England squad was supposed to be a weak one wasn’t it? That is certainly how it was seen to be before the World Cup started, nothing really standing out for this set of players and no expectations before the competition. Obviously since some decent performances and progressing into the quarter final and now semi final after this fantastic win, the country has gone crazy that football is eventually coming home. The semi final will be the first one in 28 years, last reaching that stage of a World Cup in 1990! I was two turning three, the final this year is the day before my birthday and that would certainly be a fantastic dream!

Anyway looking at this game and it seemed to be a pretty nervous start from both teams, Sweden a team that look to defend and make it very difficult for the opposition. Overall though in the game I thought they looked very poor not offering a lot going forward, probably only managing to create three chances all of which were no match for Jordan Pickford who has had a terrific World Cup campaign so far, even if people had started to criticise him, from the penalty shoot out against Columbia he has been getting the praise he so rightly deserves.

England have been outstanding from set pieces and scored so many goals from those and it took 30 minutes for that to happen again this game with Maguire getting his head on the ball for a powerful header to hit the back of the net. We had to wait nearly another half an hour for Dele to double England’s lead with another header! It’s actually great to see the players attacking the ball in the box like that. A total threat from set pieces and some incredible pace during open play.

Everyone is excited and I seriously cannot waist for the semi final on Wednesday night! Come on England!