This was only my second marathon and that was after London 2016, so I had a pretty long gap in between taking on the 26.2 mile challenge again. The thing with this as well though was that I booked this marathon because I did not think I would get a place in the London marathon ballot again (yes I got a place in that as well) so it meant that this would therefore I would be taking part in two marathons within two weeks!

Anyway Manchester was extremely well organised and a very flat course, they claim that everyone can manage a new Personal Best and that was something that I managed to do very comfortably, in all honesty I probably could have pushed a little bit harder in the final stages but I already knew I was going to be sub 5 hours as well as the new PB. My previous PB was 5:29 so getting 4:47 was a huge improvement.

I found the build up to the race was fantastic and staying in the Hilton Old Trafford really was perfect, especially when it was right on the finish line that is what you want when finishing a marathon. Just a shame my hotel room didn’t have a bath though just a shower. Special menu for dinner and all those carbs as well as starting breakfast earlier the following more, not that I could eat much then as the nerves kicked in! 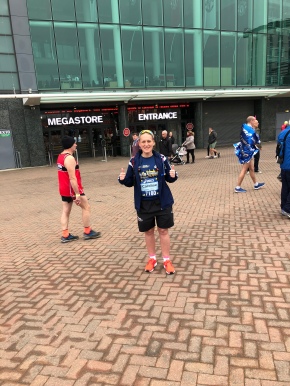 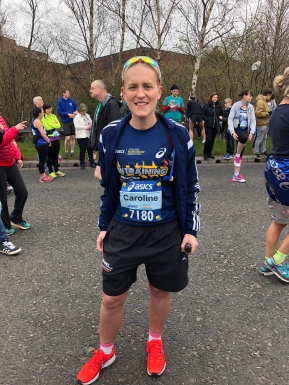 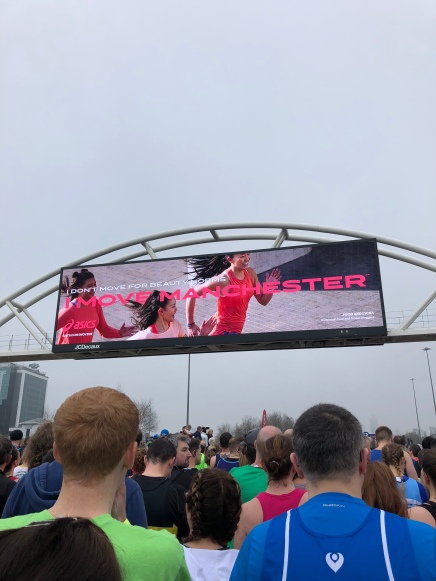 Getting closer to the start line!

Heading round to the start pens and everything was pretty relaxed, I guess I have been used to the huge races and the craziness of the start line and being in the right pen. Your number had a pen on but nobody was actually sorting you into them. But I just stayed near where it told me to be. Which meant pretty close to the back, and that is when I couldn’t get off the quick start I was after and totally psyched myself out. I mean come on I know the first mile no matter how fast or slow is always a lie!

Overall though it was a decent race and the fellow runners were friendly and the marshalls were fantastic, especially the one at around 23 miles who sung ‘Sweet Caroline’ to me!

Obviously though the best thing ever about a marathon is when you reach the finish line, I will admit thought that the finish line for this one felt like it took forever to get to once you could see it. Either that or by that point I was pretty much running backwards? I did have to walk and then run again for quite a bit of the race but I am still very much learning and trying to contend with marathons and getting the training right for race day. After all my 20 mile training run in 3 hours and 8 minutes seemed to lead to me a false reality for race day! 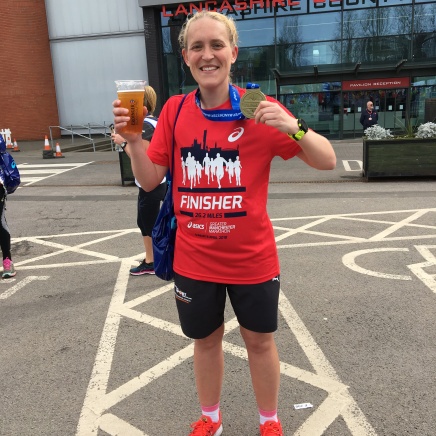 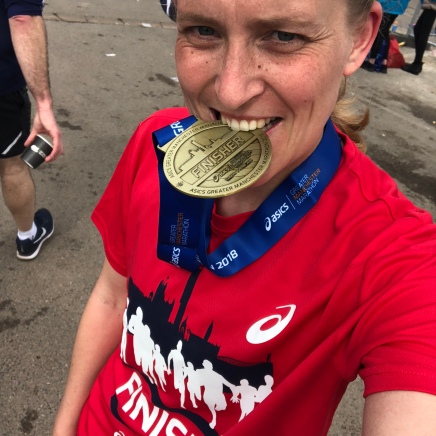 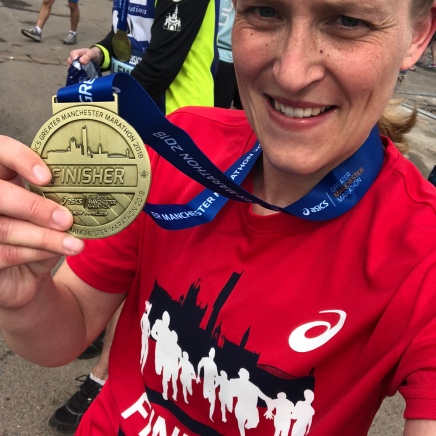 I actually spoke to a few people along the way and one guy we are now twitter and Strava friends and he wanted to see how I got on in London! I seriously think the running community for marathons is the best thing ever, the support from your fellow crazy runners, the crowds and event organisers really is something else. When you think of running you feel it is an individual sport but taking part in a marathon you soon realise that is far from the case!